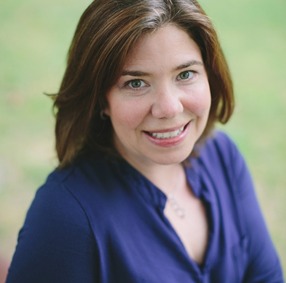 Kristen often carried papers and pencils around as a child to compose stories—she still does.

Inspired by family, and passionate about storytelling, she found her calling as a writer and left her previous gig in the sometimes glamorous, sometimes grueling world of event marketing.

Trading in her job for a chance to raise a family while making a career as a writer and freelance journalist, Kristen discovered working from home had its own unique challenges. The upside: being with her kids and editing in fuzzy socks. The downside: juggling work and home projects all day, every day. She has contributed to numerous parenting publications, web and news outlets, and has tested recipes published in magazines and cookbooks.

Red Ochre Falls, the first of a multi-book series, focuses on a young woman who investigates an estranged friend's death and lands herself in the middle of a conspiracy. Copies are available on Amazon, iBooks, Kindle, Nook, Scribd, and other retail outlets.

Kristen is a former expat back at work on the Harper & Mackenzie series, a separate thriller, and some shorter pieces. When not writing, she is most likely reading, cooking, photographing everything, listening to music, and enjoying time with her husband and children.